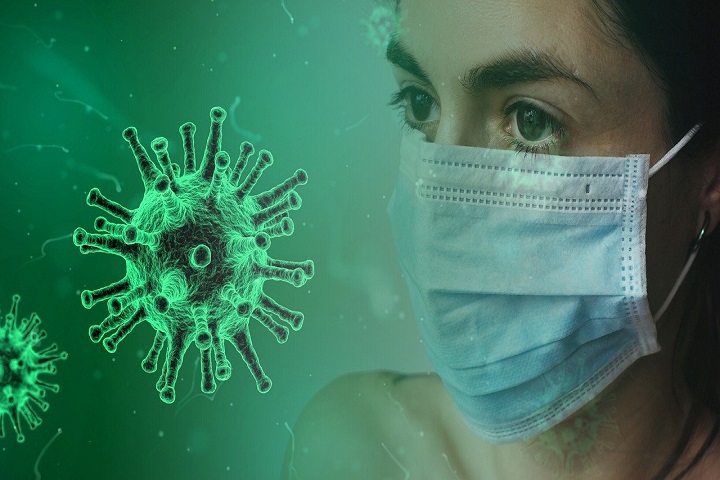 5G technology causes neither the pandemic nor are their helicopters spraying with disinfectant, nor is there evidence that drinking lots of water or gargling will help you fight COVID-19.

Fake news grows as much or more than the pandemic. The most effective recipe, check the story and go to official sources. The hoaxes are widely distributed using social networks and WhatsApp.

There is no scientific evidence linking the new coronavirus epidemic to the 5G explosion. No food supplement can help fight the disease or studies that show that pathogen has come out of a laboratory.

All of them are hoaxes, false news, which does nothing but creates more confusion in public opinion in a moment of particular anxiety caused by the state of emergency.

Sometimes, some of these fake news fall under their weight; other times, fighting it is very complicated due to its excellent dissemination capacity. However, they always end up wreaking havoc on public opinion, sometimes with fatal results. 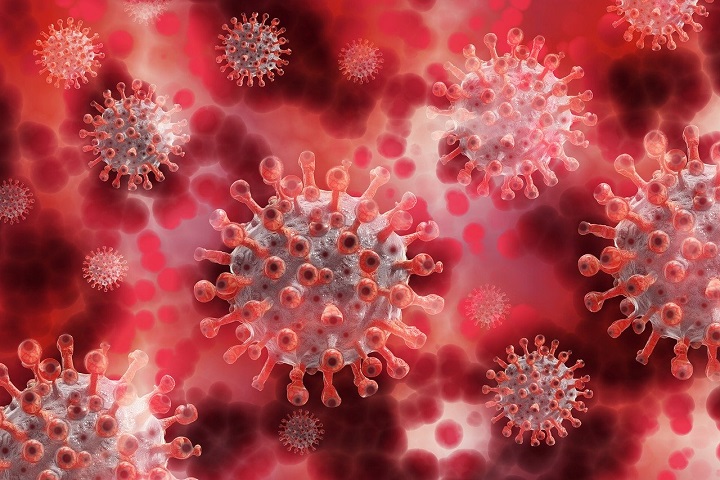 To fight against these hoaxes, the Poynter Institute International Data Verification Network brings together journalists worldwide who specialized in this task.

The organization in which Spanish media, such as Neutral participate, collects some of the most impactful fake news daily, whether in the media, social networks, or instant messaging services.

To avoid spreading it, it is best to follow some tips: check if the source is official; read the full text (not just the headline); verify that it is not a montage or a satire.

And, above all, in case of doubt, avoid spreading them. Here we collect five hoaxes that have been widely circulated during these days of confinement.

1. 5G does not cause coronavirus

There are several hoaxes launched in various media and social networks on this subject. In one of them, an alleged doctor named Thomas Cowan came to explain that the pandemic had been caused by a ‘quantum leap’ caused by 5G, a lucubration that lacks a scientific basis.

Quantum mechanics is the branch of physical science that studies nature on tiny scales. Indeed, the study of electromagnetic radiation is among the fields of study of this discipline, but that has nothing to do with viruses. The ‘quantum leap’ can make sense if we talk about science fiction, but not microbiology.

Cowen’s premise is the damage that electromagnetic fields cause to health, which is not scientifically proven. Indeed, 5G technology uses radio waves. But not all radio waves are the same.

The electromagnetic spectrum (the range of intensity of radio waves) comprises different types of radiation. Thus, the amount of energy transported by each class will be different, as will the dangers to human health.

On one side, we find high energy emissions, such as gamma rays or X-rays. These can expel ions (atoms that lose one or more electrons) that, in the long run, can cause damage to molecular structures.

There are forms of low energy radiation at the other end of the spectrum, such as the radio waves generated by mobile phones & Bluetooth devices. These forms of radiation do not have enough energy to remove the electrons from the atoms, so they do not have any capacity to damage DNA, let alone to ‘generate’ viruses from cells. 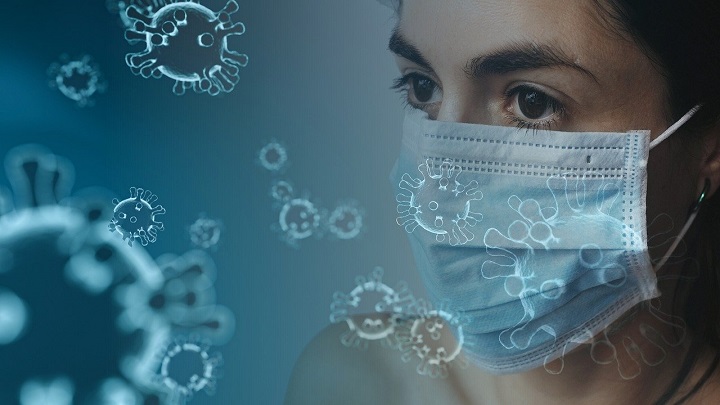 About this issue, false or uncontested information has also been seen lately on social networks, announcing the cause-effect relationship between coronavirus cases and the prevalence of 5G.

It was the case of two who appeared on the social network Facebook (already withdrawn). One of them showed the supposed coincidence between the implementation of 5G and the regions with the highest number of cases in the United States; in another, the high implementation of 5G technology in Wuhan, the first epicentre of the pandemic.

Wuhan indeed was one of the first urban centres in the world to develop this technology, but not the only one. In September last year, China’s top three state-owned communication companies announced that this technology would be implemented in large cities, such as Wuhan, Guangzhou, Beijing, Guangzhou or Shanghai, the latter with less impact than the capital Hubei.

On the other hand, in both China and the United States, the coincidence between the 5G network and the number of cases would be explained simply by the relationship between the spread of the virus in the most populated regions of the country, which, in turn, are the points in which the latest technologies in the field of telecommunications develop earlier and faster, such as 5G.

2. No evidence drinking warm or hot water with vinegar or salt slows down the coronavirus.

Many social media users had shared content who assured that the new coronavirus “remains in the throat for four days, at which time the infected begins to cough and suffer from sore throats.

If you drink a lot of water and rinse with warm water and salt and vinegar, you remove the virus. “FALSE. For one, no evidence drinking too much water affects the virus infection process.

Drinking water is, in effect, beneficial for our body, as it helps to combat the effects of dehydration caused by some symptoms, such as fever. But it does not affect the virus. Nor with this child on any other. Rinsing the throat with salt water also does not protect against the new coronavirus.

This supposed home remedy, published in its day by China’s social networks, was already denied by the doctor himself, Zhong Nanshan, credited for the remedy. The size of the false news caused the WHO to issue a statement denying this possibility.

Q: Does putting on or eating sesame oil block the #2019nC0V from entering the body?
A: No. Sesame oil is delicious but it does not kill 2019-nCoV.#KnowTheFacts pic.twitter.com/vJU7i1VXjb

3. No helicopters are spraying the territory to eliminate the virus.

The same information appeared on social networks and digital media in up to 20 countries, from the United States to Turkey, from Italy to Spain: a fleet of helicopters was preparing to spread “pesticides” in cities, so it was recommended the population stay at home and close the windows.

Data verifiers from all of these countries informed specialists at the Poynter Institute that there was no confirmation of this, but the rumour had already spread like foam. Fake images like this one circulated on the mobile phones of thousands of people:

An image accompanied by the Generalitat Valenciana (above) read on April 14 that ‘tonight from 11:00 pm 5 helicopters of the Air Force will spray disinfectant as part of the protocol to eradicate the coronavirus.’ The false news spread like foam, either through a manipulated image or a false statement.

Nothing is further from reality. The Ministry of Defense itself specified that, in effect, it is a possibility contained in the ministerial order published on April 17. However, he pointed out that, if it occurs, it would be punctual. 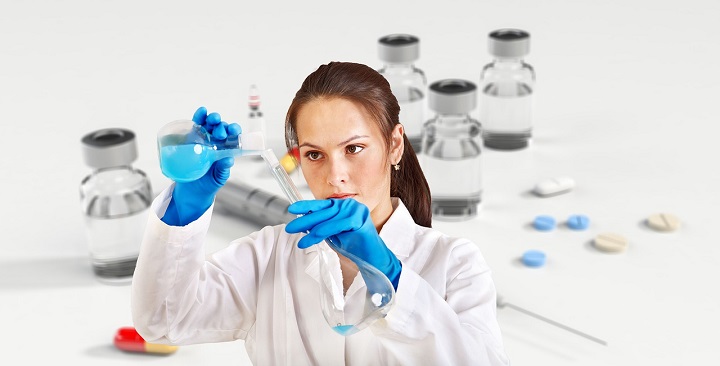 4. Sodium chlorite and MMS do not help fight the virus. What’s more, they are dangerous to health.

In some media, it was reported that the United States Food and Drug Administration (FDA) had alerted the population to a supposed compound called MMS (Mineral Solution or Miracle Mineral Supplement, for its acronym in English). It was a ‘ miracle solution ‘ consisting of a solution of sodium chlorite dissolved in water.

Sodium chlorite (NaClO 2) is an industrial bleach that is normally used in the paper and textile industry, in addition to the water purification process, although in this case, in small quantities.

Although there are numerous tips on its consumption, the idea is more or less the same: dissolve sodium chlorite in water, mixed with a mild acid, such as a little lemon juice.

This ends up generating a gas, chlorine dioxide (ClO 2), a molecule used as an industrial disinfectant but that not only does not help fight the pathogen but also is bad for health.

So much so that the United States Toxic Substances Agency had to issue a report warning that “high concentrations of chlorine dioxide could cause severe irritation to the eyes, throat, and lungs” someone may think that in low amounts, sodium chlorite may be a lesser evil. The strong oxidizing action of this compound can cause nausea, diarrhoea, vomiting, and even kidney failure.

That is why some health agencies, such as the FDA or the Spanish Agency of Medicines and Drugs, have warned of the dangers of its consumption. 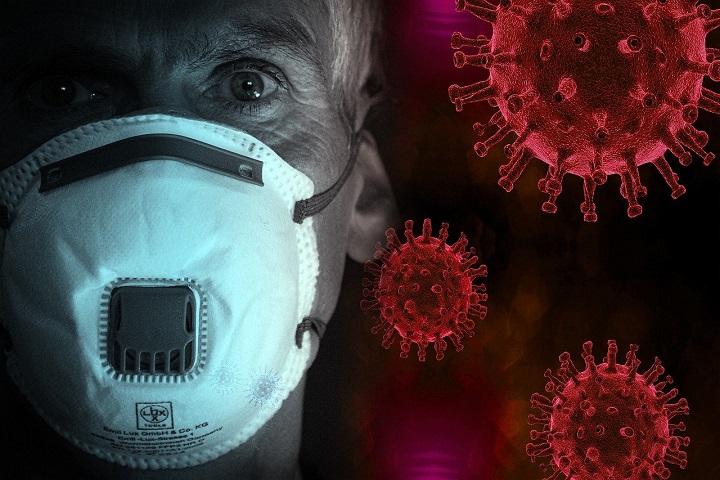 5. There is no evidence that man created the coronavirus

Since the early days of the pandemic, political statements hinting that the new coronavirus was created in China have abounded, especially in the United States.

Some media, including the CNN television network, supported the conjecture that the pathogen produced in a laboratory in Wuhan.

In this article, we already explained in detail the conclusions of a complete scientific study in which it was ensured that SARS-Cov2 most likely had been with us longer than we thought.

The research, reviewed and published in the journal Nature, practically contested the conspiracy theory and indicated that the pathogen had been the result of natural selection due, among other things, to its demonstrated differences with the other existing coronaviruses.

To definitively settle the debate, the specialized magazine The Lancet issued in early May a statement jointly signed by scientists specialized in public health who had closely followed the coronavirus crisis.

“Scientists from multiple countries have analyzed genomes of the causative agent, and the results overwhelmingly conclude that the origin is in wildlife,” reads the text.

The New Coronavirus (COVID-19) May Never Go Away

When Can You Practice Sports After Breast Augmentation?

Not All Hand Sanitizers Are Effective Against Coronavirus (COVID-19)