The Keys To Breastfeeding Twins

Breastfeeding: The more milk babies demand from the breast, the more the body produces, so achieving successful and prolonged breastfeeding requires having emotional support and help with daily life tasks.

A pregnancy is always a joy and a small revolution in the life of parents, as well as endless doubts, concerns, and decisions that must be made throughout the months before the birth of the baby.

If in the first ultrasound, the gynecologist tells us that two are coming instead of one, the joy multiplies and worries and doubts about whether we will be able to raise them as well as we want.

In this case, the need for more information rises to the nth power.

1. Double Illusion and Many Doubts

The possibility of having twins naturally occurs in one in every 85 pregnancies, and the number increases to 7,500 if we talk about triplets. Instead, in recent times, this number has increased due to fertility treatments.

However fertilization has occurred, upon hearing the news it is reasonable to ask specific questions: “Will the delivery be different?”, “Will I be able to give birth naturally?” “Will I be able to breastfeed At both? “,” At three? “.

it is typical for the woman who is breastfeeding to wonder if this new pregnancy is compatible with continuing to breastfeed the one who is the older brother from then on.

It is normal to question whether you can breastfeed two or three children at the same time.

She will wonder if it will be harmful to him, for the twins who are on the way or for herself, as well as doubts about whether it will be appropriate to feed them all with their milk after delivery if the older one has not yet wanted wean.

2. Breastfeeding More Than One Baby

It is possible to breastfeed more than one child, but each situation has its peculiarities:

Tandem breastfeeding: when the baby is born, and the older brother continues to nurse. Far from being a problem, in many cases, it benefits the newborn because breastfeeding is already well established, there is abundant milk from the beginning, and production is more natural.

As a general rule, the older brother has adequate suction and empties the breast in such a way that the baby finds that the milk comes out easily. If there are two newborns, the situation can be complicated by timing, but not by milk production, adapted to demand.

In any case, mothers who practice it do not have the significant doubt of first-time ones about whether they will have enough milk for their children.

They are breastfeeding twins and mother with no experience in breastfeeding. This situation is more difficult, but with the right support, it can be achieved.

The truth is that these women face the difficulties of caring for two babies at the same time or finding the best position to breastfeed.

Still, they also often face other circumstances related to birth ( low weight of the baby at birth, prematurity, jaundice ).

As I have already mentioned, knowing that we are expecting twins opens up to a new world full of questions. These are some of the most common:

They were born before their time, do they need special care? Prematurity or low birth weight often occur in multiple pregnancies because, among other reasons, babies are usually delivered by scheduled cesarean sections.

Also, and even though it is recommended that the mother remains in skin-to-skin contact with her children if everyone’s health allows it, the most common is that babies are separated from their mother.

In these cases, the mother needs to remove the colostrum so that it can be given to the children. In this way, at least they will be able to enjoy the protection offered by a large number of antibodies in those few milliliters of the first milk produced by the breast.

But, as far as possible, it is preferable for the mother to practice kangaroo care (skin-to-skin contact) with her children, because it favors the bond between them, and, at the same time.

a. Will I Have Enough Milk?

Nature has made mothers very generous, so much so that they not only have food for two or three children, but some can breastfeed even more.

It is clear that to achieve this, they need a lot of help with the tasks of daily life, and this is as important as the moral and emotional support that all mothers need, regardless of the number of children they have.

What is better, put them on the chest at the same time or separately? Everything will depend on the practice, the mother’s preferences, and the demands of each child, because, even though they are Univitelinos (from the same ovum), each one will have their times.

They may have different feeding and sucking pattern, so it would be good to think about them individually, without comparing them and respecting their differences.

What is certain is that, by putting them on the breast simultaneously, the mother will surely get more time for other things.

But not all are advantages, because the positions that are needed and the difficulties that are had at the beginning to handle them, will surely make it possible to do it at home. 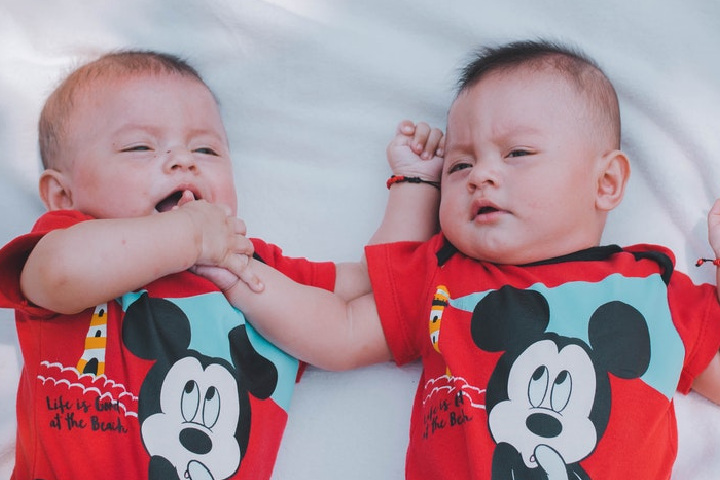 At the same time, in other places, it is necessary to look for other alternatives. As always, when breastfeeding, you have to find the most appropriate way to catch them so that they can be adequately grasped.

It depends on something so simple that the children eat properly, and that the woman does not have physical discomfort or more critical complications, such as the dreaded cracks in the nipple.

When they are twins, if the mother suffers a chest injury, she will not be able to let him rest to recover, so it is essential to seek help at the slightest discomfort to improve the baby’s grip.

b. What if They Are Premature and Need Intravenous Feeding?

In that case, you also have to remove the colostrum and milk and freeze it. Then, when they tolerate the food, they will be administered by tube in chronological order of extraction: first, the colostrum, and the milk that has been stored.

Once they can nurture, although it is most likely that the amount produced by the woman is already enough, they can be given the stored milk, and the breast will be offered. One situation that can make breastfeeding difficult is not being discharged the same day.

In these cases, the hospital protocol will play a decisive role. Neonatal units should have their doors open 24 hours a day, as stated in the Ministry of Health guide.

This document is based on scientific evidence that has been able to observe the benefits for babies, especially premature or sick, staying in contact with their mother as long as possible.

But to put it into practice, parents must have free access to them, so not only will they be able to offer kangaroo mother care, but breastfeeding on demand will also be favored.

4. Seeking Support During the Postpartum

The puerperium is to live it in the company, and when you have multiple births, even more so.

Getting in touch with breastfeeding support groups, even before delivery, will increase your chances of having successful and prolonged breastfeeding and help you feel accompanied.

Some associations are specialized in multiple breastfeeding, and in their meetings, it is easy to meet mothers of twins or triplets who have already gone through this same situation. Knowing about their experiences can be of great help.

5. What is the Role of the Couple in These Situations?

Well, it is just as important as when you only have one child. It is up to the couple that the mother can focus solely on caring for and breastfeeding the children.

Right now, they are the family engine. Taking care of tasks such as cleaning, shopping, food, and offering them all the attention that the mother and baby need, will allow the woman to live this problematic period more pleasantly.

They can also take care of one of the babies when it is not possible to breastfeed both at the same time, and change their diapers, bathe them. 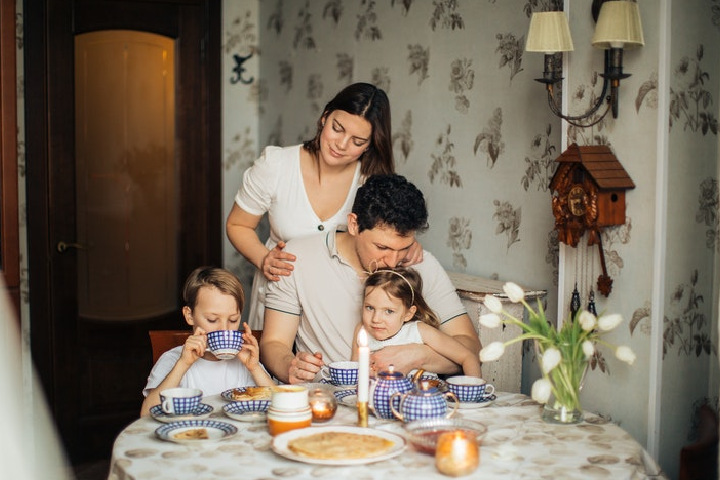 In the case of having older children, for a while, the parents will take care of them almost exclusively. One of the advantages of this new reality that they will have to live is that their relationship will be significantly strengthened.

As a couple, it is an opportunity to grow together and live a more enriching experience than the one our parents had in general.

In his time, a significant distinction was made between the role of the father and that of the mother, which deprived men of participating and enjoying great moments in their children’s lives and made women carry too high a weight.

Co-sleeping is key to establishing lactation and living the experience in the most relaxed way possible.

Sharing the bed is one of the options that parents choose, and for the mother, it has multiple benefits. Co-sleeping allows babies to suckle whenever they want without the woman having to wake up fully. In this way, the children will sleep more peacefully, and the woman will rest more.

The risk of harming babies is minimal. As long as the parents are not obese, do not take tranquilizers or neuroleptics (which cause drowsiness or decrease consciousness), or other disorders contraindicate this practice.

A crib or two? If this system is chosen (instead of collegiality), there is no reason to separate babies who have been together for nine months in such a small space. In some hospitals, they are already beginning to be put together.

Some health workers are reluctant because they affirm that in case of illness contagion is more comfortable if one cries, it can wake up the other, or if medication has to be administered, it is easier to be confused.

The benefit of sharing it is that it takes up less space, maintains body temperature better, and, above all, babies get back together after birth, which reassures and comforts them.

Causes And Treatment Of Diaper Rash

Sports Are An Excellent Psychological Tool

Severe Headache: Could It Be A Symptom Of Coronavirus?